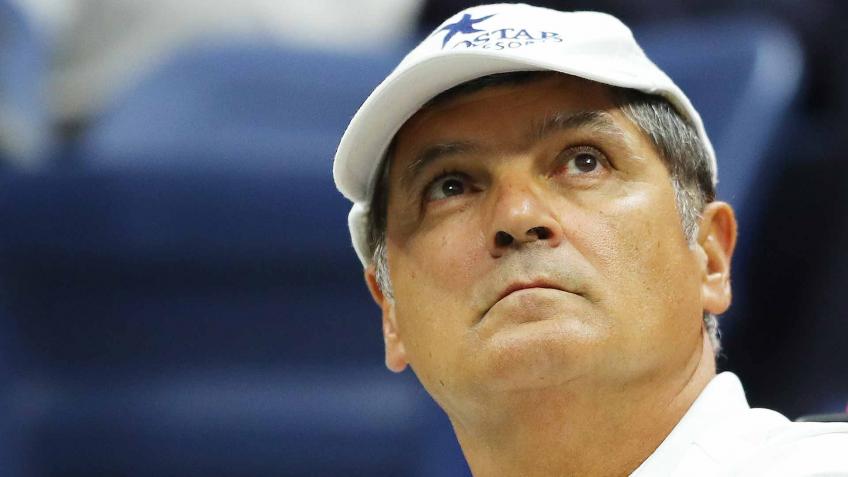 Roger Federer, Novak Djokovic and Rafael Nadal have created epic challenges that will thrill all tennis fans. The Big Three have been fighting for years to conquer some of the most important records in the history of this magnificent sport.

Two of his all: the Grand Slam record and the highest number of weeks spent at the top of the ATP ranking. Preparing for matches against top rivals shouldn't be easy for any of the three, precisely because of the quality and level they often manage to express when called upon to play.

Toni Nadal remembers some of Nadal's most important challenges

Toni Nadal, Rafael's uncle and former coach, talked about the preparation of these incredible matches recalling some of the most exciting challenges of the 19-time Grand Slam champion.

"Monte Carlo 2006. Before taking the court I told him it was going to be very difficult," Toni said in an interview with Eurosport France. "Federer has better forehand and backhand than you, as well as flying play and serve." He asked me to stop so as not to depress him, but I replied: 'If you want, I could even tell you a lie, but Federer won't tell you in that hour and a half.

Now that we know the starting conditions, we need to start thinking about what to do and making things easier.' Well, he played every point as if it were match points, as if life were being played." Toni Nadal then referred to the 2013 US Open final and in particular to the moment when Djokovic was one break ahead of the third set.

"Rafa turned towards the box and asked me: 'What should I do?' I replied: 'You have to hit all the hard and central balls, don't move too much against him because otherwise he can look for lines' Then I told Carlos Costa, who was sitting next to me, that we should go to church to pray.

Federer or Djokovic? It has always been more difficult for me to prepare matches against Djokovic than those with Federer. Because against Roger we had a plan, we knew that Rafa had to push hard with a backhand and with a high trajectory, so that the chances of winning would increase.

Then in 2017 it became more complicated. With Nole, however, you never know what to do. You just have to try to play great." Rafael Nadal and Novak Djokovic are playing the French Open 2020, in Paris, while Roger Federer will come back in Melbounre for the 2021 edition of the Australian open.