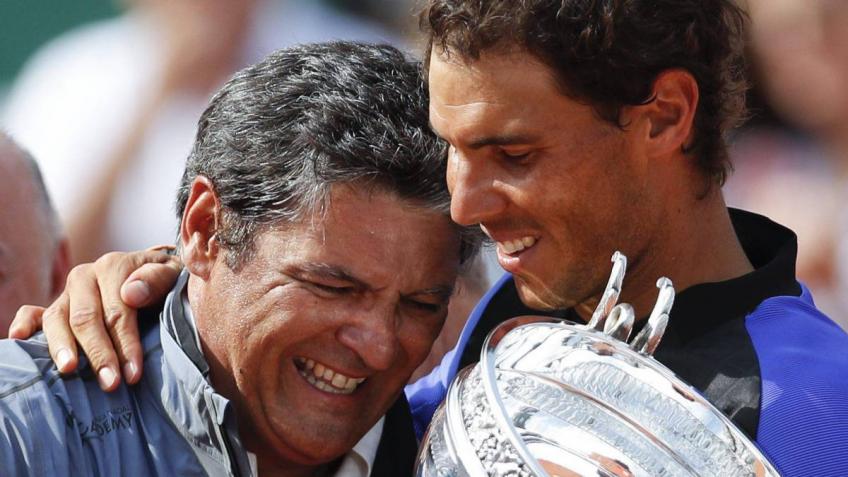 Rafael Nadal's triumph at Roland Garros made happy his uncle Toni. The uncle of the Iberian champion witnessed his nephew's victory over Novak Djokovic from the facilities of the Manacor Academy. Through the microphones of El Pais Toni Nadal made some statements about Rafa who played one of his best races on Philippe Chatrier.

Here are the words of Toni Nadal: "From the beginning, at 40 to 15 for Rafa, I noticed that he was making an insurmountable performance, I think Novak also understood this and immediately entered the field badly. When he realized that my nephew was unbeatable from the bottom he tried to break the rhythm with short balls, but they were only the result of nervousness and certainly not of preparation.

It was a difficult match due to the adverse conditions we all saw throughout the tournament. Aside from all this time, the stakes were high and Rafa knew from the beginning of the tournament that on the one hand he could match Roger Federer with the Grand Slam tournament record and on the other hand in case of defeat he would lose the unbeaten record in the finals.

of Roland Garros as well as Djokovic who would have approached very dangerously " Speaking of Federer and Nadal and their 20 Slams, Toni Nadal said: "Statistics aside Roger Federer and Rafael Nadal have elevated this sport to a higher category, something that others can hardly do.

It seems right that both are considered the two best players in tennis history. "Toni also concluded by saying that the conditions of the tournament could favor Djokovic on paper but the Serbian did not take advantage of it.

The final saw the Spaniard dominate from the first exchange and what we saw in Paris was one of the most sensational and obvious results of recent years: we remember that Rafa Nadal took home the victory with the result of 6-0; 6 -2; 7-5.

"It is particularly surprising that he has now won Roland Garros 13 times, this is one of the greatest achievements in the sport," Federer wrote. "I also congratulate his team, because no one can do it alone.

I hope 20 is just another step in the continuous journey for both of us. Well done, Rafa. You deserve it." Djokovic was impressed with Nadal's performance and during the awarding described the result as "stunning": "He (Nadal) keeps moving forward.

Is fantastic. I mean, I admire all of his achievements, I mean, especially here. It is an astounding record what he has achieved in this field. He has lost twice in his entire career. By winning 13 times, yes, there isn't much to say.

All the superlatives you can use, he deserves them "Djokovic played a lot of drop shots, mixing and trying to break Nadal's rhythm but nothing worked:" I wanted to somehow disturb his rhythm, of course. But he was ready. He was there, he was prepared.

He was hitting all the shots in the best way today. It's just one of these days where you just have to say, Chapeau, and well done, "added Djokovic. Some believed that this would be the year Djokovic would beat Nadal in a French Open final:" I was also thinking that these conditions were more favorable to me.

I felt great throughout the tournament. But, yeah, I mean, Rafa proved everyone wrong. That's why he's a great champion. He just played a fantastic match today," admitted Djokovic.