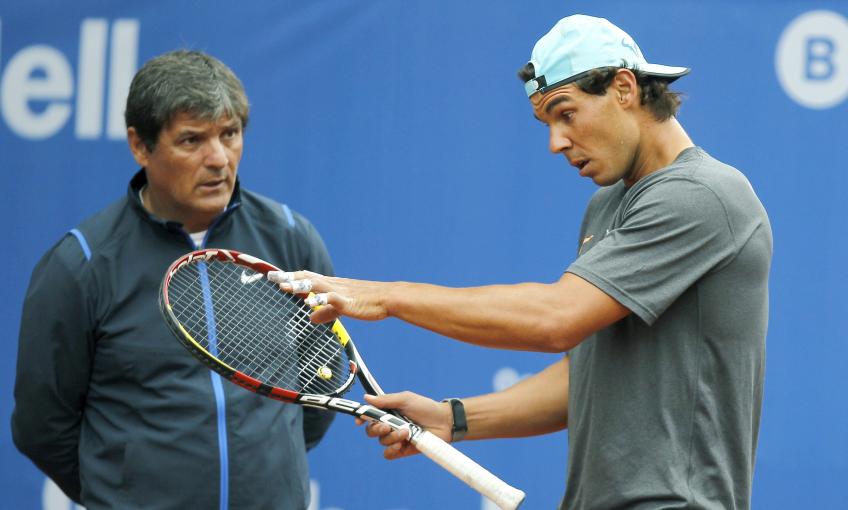 For a tennis player, finding the match pace is absolutely essential after a very long break like this. Rafael Nadal is no exception. The Spanish champion often struggles at the start of tournaments, only to dramatically raise his performance when entering crucial stages.

Despite the recent resumption of the women's circuit with the Palermo tournament, ATP tournaments in the United States are still in strong doubt due to the quarantine problem. If this were not enough, the news of the cancellation of the Mutua Madrid Open has arrived due to the sudden increase in infections in some areas of Spain.

The Masters 1000 in the Spanish capital should have sanctioned the return of Rafa, who will not defend the title he won last year in New York. In a column on El Pais, Toni Nadal analyzed Rafa's prospects at this end of 2020.

"As Feliciano Lopez explained in recent days, the instability is still too high. It would have been unwise to have the tournament played,” wrote Toni, who then said: "In general, the decision of tennis players to participate in a tournament or not must be dictated by personal opinion.

The decision of Novak Djokovic, Dominic Thiem, Stefanos Tsitsipas and Daniil Medvedev to go to New York seems as understandable to me as the renunciations of Nadal, Roger Federer and Stan Wawrinka,” he added. The Majorcan will begin his hunt for the 13th title in Paris without many games on his legs (his presence in Rome is also uncertain).

“The fear of having to take several planes at a time of great uncertainty must be understood. I just hope that, in the case of my nephew, the long inactivity does not negatively affect him when Roland Garros is played," added Toni.

Should he triumph at the French Open, Nadal would equal the record of 20 Grand Slam titles of eternal rival Roger Federer.

For the first time since the US Open 1999, Roger Federer and Rafael Nadal will skip a same Slam event, ending a fantastic streak that has been on for more than two decades.

It will be the end of an era: not only, because if the Spaniard, the Swiss and Novak Djokovic should skip the US Open, finally a old stars, a young player or an outsider could aspire to win the tournament, after some wins of Andy Murray, Stan Wawrinka, Juan Martin del potro and Marin Cilic in the last 11 years.