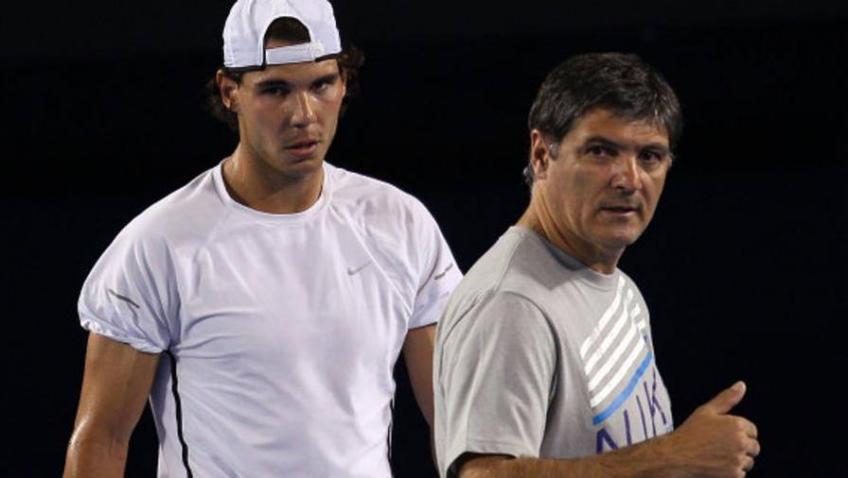 Speaking during a detailed interview on the columns of El Pais, Toni Nadal, uncle and former coach of the current number 2 in the world Rafael Nadal, appeared very clear and sincere about the situation that world tennis is experiencing.

After the return of women's tennis in Palermo now the return of the men is expected and there is a lot of curiosity about how tennis players will experience the "New York Bubble" Rafa Nadal meanwhile has decided to abdicate and despite being the outgoing champion, he will not participate in the tournament.

Talking about absences of the corwd at the US Open, the Spaniard declares: "The choice of Novak Djokovic, Dominic Thiem and Stefanos Tsitsipas to play the US Open seems legitimate to me, as does the choice not to play it by some great tennis players.

In the end, it must be understood that tennis players are afraid to leave and travel when the situation on the circuit has lasted for so many months. Rafa Nadal? I understand his situation, but I just hope that his results at Roland Garros are not compromised by an activity of all this time."

On the absence of the public at Flushing Meadows Toni states: "It is difficult for me to accept to see a tournament without spectators in the stands.

There are many occasions when I have heard my nephew personally thank the spectators for their support and the important role they play. they had to lift a trophy. The shouts and the fervor of the public after a great exchange give great emotions, I can assure you.

This is to a large extent what gives this sport sense and adrenaline. However, the effort being made to ensure the safety of those who will play the tournament in America deserves a good evaluation. That the return competition is necessary for many tennis players and their staff as well as for several satellite companies that live thanks to the smooth operation of the Tour." Rafael Nadal, despite the long absence, is working on the ground and is preparing for what to this punto becomes the most important tournament of the season for him, namely the one in Paris.

The end of an amazing record

For the first time since the US Open 1999, Roger Federer and Rafael Nadal will skip a same Slam event, ending a fantastic streak that has been on for more than two decades. It will be the end of an era: not only, because if the Spaniard, the Swiss and Novak Djokovic should skip the US Open, finally a old stars, a young player or an outsider could aspire to win the tournament, after some wins of Andy Murray, Stan Wawrinka, Juan Martin del potro and Marin Cilic in the last 11 years.