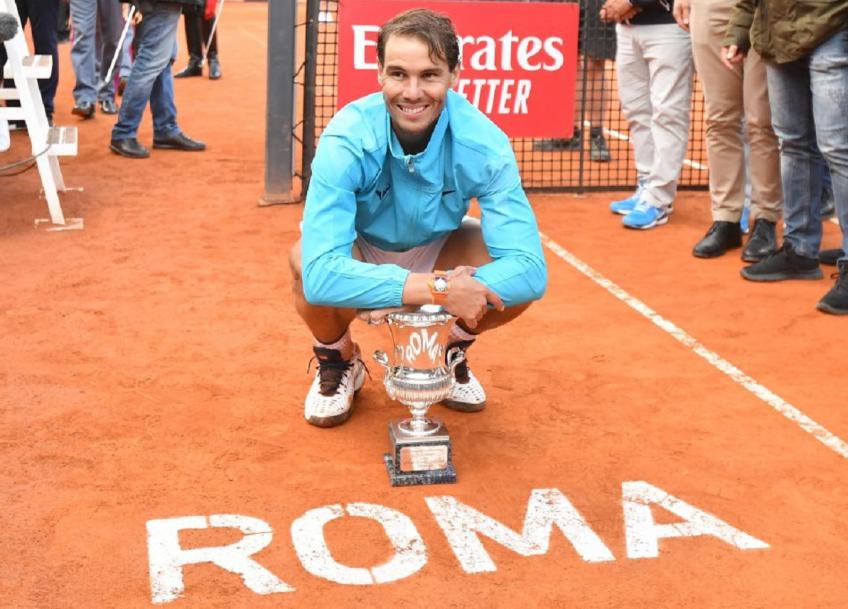 The Italian Open are now upon us. The Masters 1000 in Rome will be held from 14 to 21 September at the Foro Italico, which this year will not be able to count on the contribution of the ever-large audience. Rafael Nadal will make his return to the field after the health emergency in Rome and is looking forward to returning to amaze all tennis fans.

The Spaniard greeted the Italian fans through a video posted on social media by the official channel of the Italian Tennis Federation.

Rafa Nadal had decided not to participate in tournaments on American hardcourt mainly for two reasons: the first linked to the high number of infections that can be counted in the USA and in the state of New York; the second for fear of a possible quarantine at the end of the US Open that would not allow him to have the time necessary to train on clay in view of the European tournaments.

He won the match and now he will challenge Daniil Medvedev in the semifinal. While the world of tennis is busy following the finals of the US Open, which are taking place behind closed doors at the Billie Jean King National Tennis Center in New York, in Europe one of the great absentees of the American slam is warming up the engines for tournaments on clay-courts.

Rafael Nadal, number two in the ATP rankings and a big absent along with Roger Federer at the US Open, is training these days at the academy he founded with a new sparring partner. This is the Bulgarian Grigor Dimitrov who has decided to spend a couple of days in Manacor, the birthplace of Nadal, on the island of Mallorca, to train with the twelve-time Paris champion.

Grigor Dimitrov, current number twenty-nine in the world rank, was eliminated in the second round of the US Open at the hands of Hungarian Marton Fucsovic. Once back in Europe he decided to immediately resume training on clay-courts to prepare himself as best as possible for the Italian Open in Rome.

Same decision made by the 19-time Grand Slam champion who will return to the capital to defend the title won last year in the final against Djokovic and go in search of the tenth red clay success of the Italian Masters 1000 scheduled from 12 to 21 September at the Foro Italico.

The video of a part the training between the two champion was posted on the twitter profile of the Rafa Nadal Academy with these words: "Intensity. Rhythm. Passion! ? It's always great to see @RafaelNadal training with @GrigorDimitrov at the #RafaNadalAcademy by Movistar! VAMOSâ€¼ï¸?