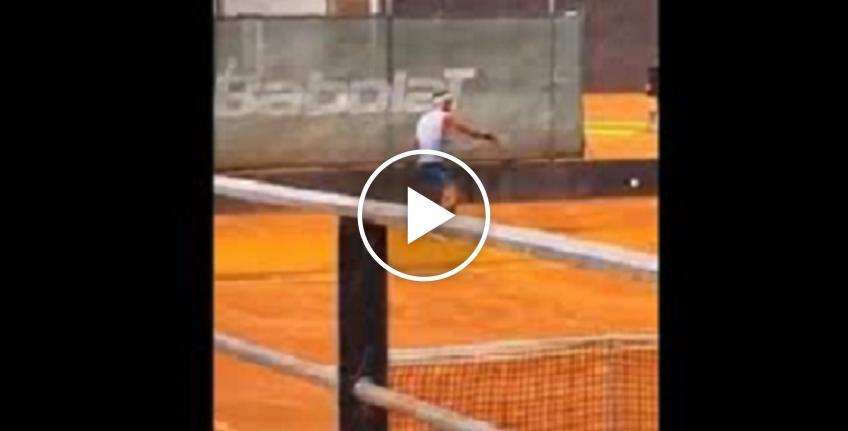 With the tennis Tours set to resume in August, world No. 2 Rafael Nadal has begun training over the past few weeks. The Spaniard was captured practicing on clay at the Rafa Nadal Academy in Mallorca by a tennis fan, who posted the same on their social media account.

Rafael Nadal Academy and its news

"Work in progressâ€¼ Once the expansion is complete, the Rafa Nadal Academy by Movistar will boast a world-class sports infrastructure for use by both the international public and Mallorcans. A multi-use hall is under construction that will house 3 indoor hard courts and 7 covered clay courts.

The new hall will also have spaces for fitness training, physiotherapy, psychology, nutrition, and sports medicine that will allow a comprehensive service to be offered to players, "RNA Academy wrote on Instagram. The expansion of Rafael Nadal’s main academy center in Manacor continues as the famous tennis institution released new pictures from the construction site.

"With this expansion, we seek to get closer to what an international reference sports center needs. The expansion means a lot to the players because In Mallorca there are some rainy days and sometimes they cannot train in the conditions they deserve, "said Nadal.

Definitely no #USOpen for Rafael Nadal?