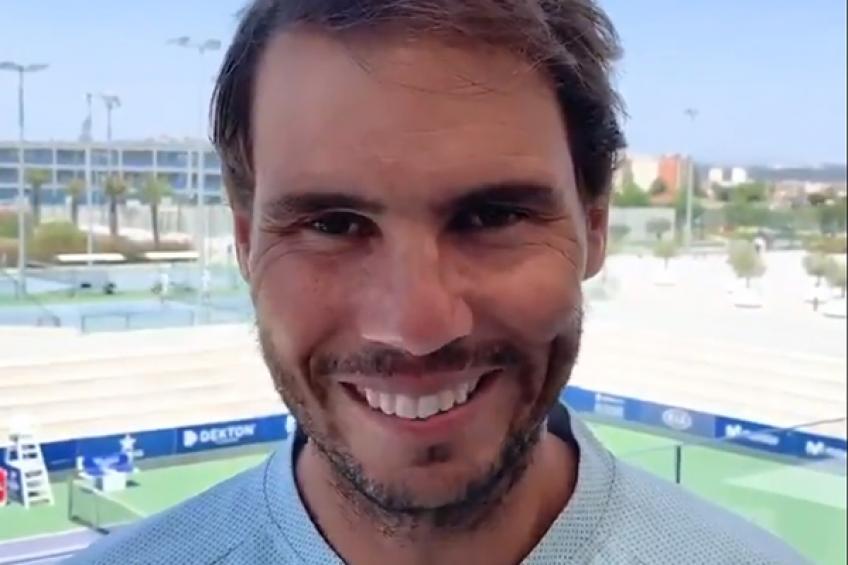 Hashtag used by Rafael Nadal #GetRafaMoving expresses why the Spaniard wanted to collaborate with his fans. He said: “Hello everyone, I hope you're all keeping safe. I am here to let you know that I am putting on a live event with my friends at Kia at 11:00 on Friday 24th July.

Help me to keep moving on my practice session and you will decide my shots. At the same time you will have the chance to ask me some questions so please don't miss it. I can't wait to see you all there." In fact the Spaniard announced on social media that he will be holding a live practice session on Friday 24th July from 11:00 and he decided to do so because he needs motivation.

And where can he get it from other than his beloved fans? Nadal specified that the ones attending the live event will be able to decide which shots he should practice.

Does Rafael Nadal need a crowd when he plays?

Annabel Croft, a former player and now a valued host, declared a few weeks ago that the likes of Roger Federer, Rafael Nadal, and Novak Djokovic don’t need a crowd when they start playing.

Before linking to the Big Three, Croft referred to Andy Murray, who participated at the Battle of The Brits with no crowd cheering or clapping for him. “Empty stands at the US Open will be strange, but we saw Andy Murray walk on court at the Battle of the Brits event last week and there was no-one clapping, no cheers and everyone watching at home on TV enjoyed it," said Croft to Tennis 365.

"Here was a three time Grand Slam champion, a two time Olympic Gold medalist, giving his all playing some high-quality tennis. Roger Federer, Rafael Nadal and Novak Djokovic will have been playing tennis all their lives and they would have played most of their junior matches in front of no crowds, with just their parents watching.

They also practice a lot without anyone watching and when you are a ruthless competitor, they won’t care if a crowd is present when they get out on court and start playing”.

Hi all. Can’t wait to get moving again with @kiamotorsworldwide tomorrow Friday at 11:00 CET.
Tune in LIVE on my Facebook for a training session where you call the shots.