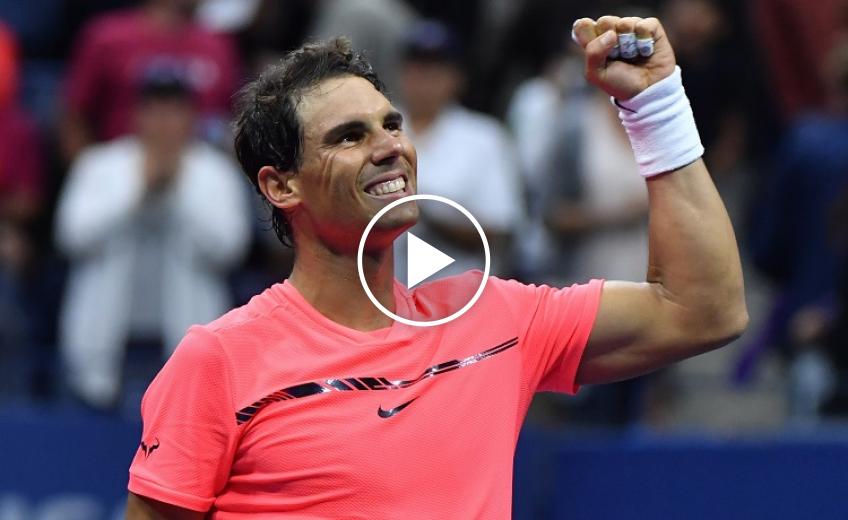 Rafael Nadal's presence at the US Open 2020 is in strong doubt. On Flushing Meadows hard-courts, the Spaniard won his last Major, the 19th of his career, beating Daniil Medvedev in the final after five exciting sets and after a real challenge.

This season, after the stop of tennis due the global pandemic, the Spaniard could directly play the clay-season in Europe, and try to match Roger Federer's Slam record by winning the Roland Garros. However if Nadal will be there or not in New York, in this video we can review how he managed to win the US Open 2019, from the first round to the final.

Rafael Nadal: "The lockdown was very tough in the beginning"

The global pandemic has affected every individual on the planet in one way or another. Spain was one of the countries most affected by COVID-19, so much so that it prevented world number 2 Rafael Nadal from leaving home and training for a few months.

A few days before the lockdown was announced, the Spanish champion had beaten Taylor Fritz by winning the Acapulco Mexico Open. Initially, Rafa was taken aback by the emergency and took some time to adapt to the new situation.

“The first week was really complicated, to be honest. I think in the end we live a situation so unprecedented for everyone that it is normal to sink a little bit into sadness. Living with something totally new for everyone has influenced especially the first few weeks "- explained Nadal to Pau Gasol.

“It was difficult for me to follow the routine. Mine is not an office job, so it is even more difficult to adapt. As the weeks went by, I started getting myself a daily routine. I almost got up at half past seven to go to train.

I knew it was important to set myself goals. Secondly, I think it was so nice that so many people made themselves useful to others. It is an encouraging thought to know that we had to do a number of things to try and contribute to something more important "- concluded the twelve-time Roland Garros champion.

The former world number 1 has only trained on clay so far, a detail that suggests his willingness to skip the US Open to focus on Roland Garros.